The twinning of Highway #11 near Hague and Neuanlage was a project best tackle through all four seasons.  The large slough just west of Neuanlage was sure to be impassible in the summer and thus warranted the subcut, geotextile matting and subgrade construction to be completed during the winter.  With the addition of our first rock trucks and large scale trackhoes, we created subgrade through the mile of slough that enabled equipment to work on the remaining project when then thaw ended.  The presence of wet borrow pit locations during the summer required that the drier borrow sources be expanded and hauled twice as far; the completed project yielding 750,000m3 of dirt placed with over 7,000,000m3hm of haul, giving an average of 1km of haul for every load of dirt. 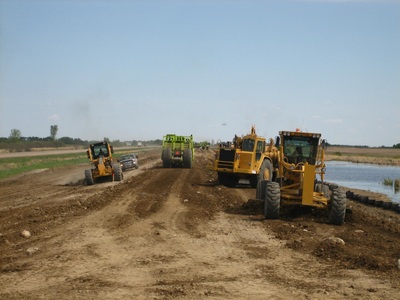 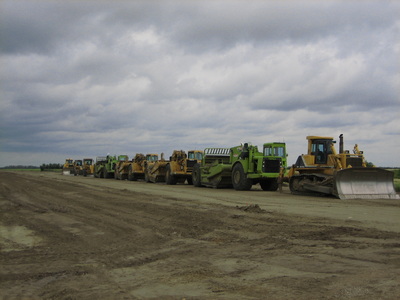 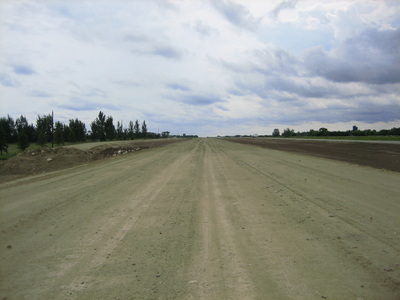 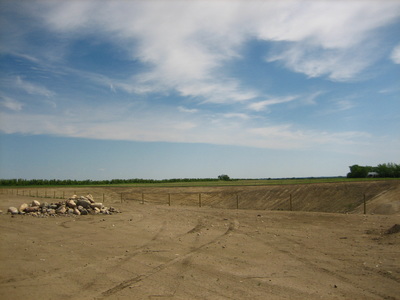 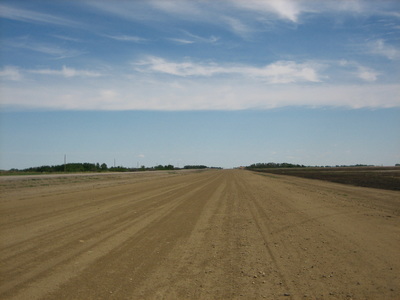 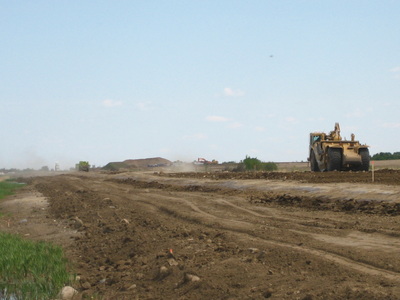 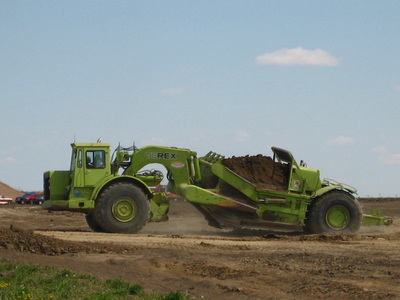 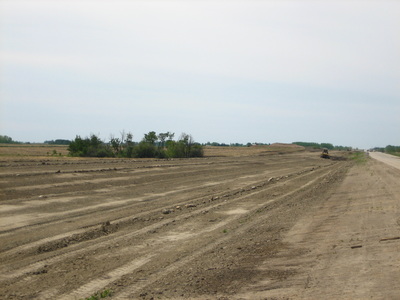 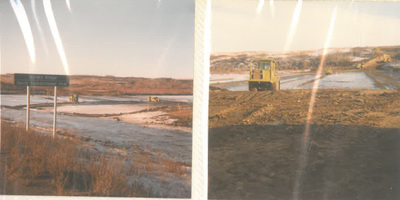 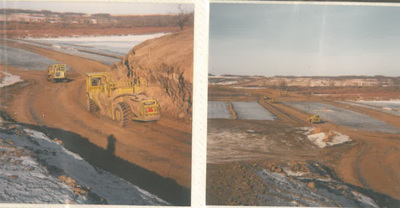 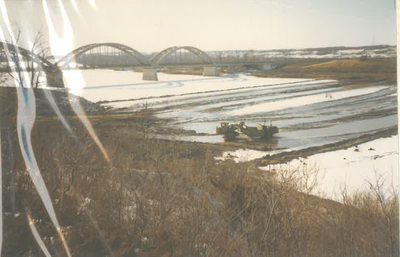 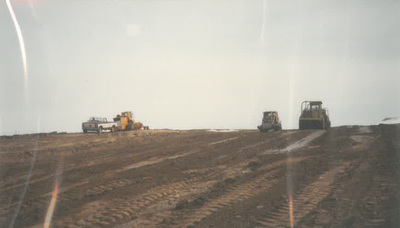 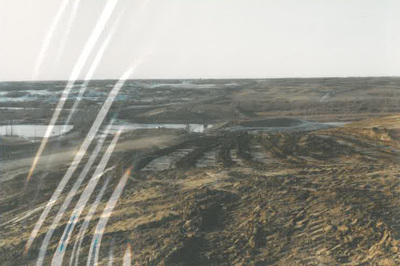